To Service and Satisfy

ElectricWorks, Inc.’s founder and President, Joseph (Joe) Miller started a small electrical business in 2000 with two goals: to service and satisfy. He quickly learned that total satisfaction of our clients’ needs was very important to the survival of the business. We understand that service and satisfaction are the heartbeat of ElectricWorks, and we strive daily to meet every client’s needs.

We believe in the foundation of our company and stand behind our motto:

It’s not the right electrical solution unless it fits your end goals. Your schedule and your budget are important to us. We’ve learned the two most important skills in electrical contracting are the ability to really listen to our clients and the expertise to bring them the right answers.

With over 20 years of experience, Joe embarked on a new journey - starting a business along with former partner Kenneth Simmons, specializing in the wiring of new homes, customized lighting systems, and service calls targeting the high-end residential market.

After many years of successful business, ElectricWorks, Inc. has expanded its portfolio to offer a variety of construction and electrical services including:

ElectricWorks holds professional certificates and licenses to serve our clients at the highest levels.

In April of 1999, Joseph (Joe) Miller founded ElectricWorks, Inc. and registered the business.

Due to the decline to high-end customers, Mr. Miller severed his partnership with Mr. Simmons by buying out his percentage of ownership.

The housing market crash warranted another shift of business. Mr. Miller obtained an electrical Certificate of Responsibility to bid on larger electrical and light commercial projects.

Mr. Miller obtained partial ownership in disabled veteran-owned BB General Contractors (BBGC) before expanding ElectricWorks, Inc. to include construction. The most notable project completed during this partnership was a renovation at the Dr A H McCoy Federal Building in downtown Jackson.

In July 2012, ElectricWorks, Inc. obtained a Mississippi General Contractors License along with Road and Bridge License in conjunction with the existing Electrical License, officially transforming the company in the pursuit of commercial projects and the maintenance of electrical service contracts. Completed projects include commercial work at the Jackson Municipal Airport Authority (JMAA), Midtown Housing, Millsaps Housing, Grenada Housing, and other municipalities.

ElectricWorks, Inc. formed a joint venture Diversified Construction Services, Inc. known as EW-DCS, Inc. Notable completed projects by this venture include restroom renovations at the east and west concourse and TSA renovations at the JMAA.

In 2020, ElectricWorks served as first responders through the onset of the COVID-19 pandemic.

In 2021, ElectricWorks completed a major re-wiring for a local Jackson Public School.

In 2022, GSA petition contract was renewed. In June, ElectricWorks relocated to an office building in an industrial area of south Jackson.

"The ElectricWorks Inc. team has been a tremendous help in assisting the Jackson Municipal Airport Authority's Facilities Department with closing some of our urgent open building electric work requests over the past year. They have also been good team players on the construction services side in providing excellent workmanship and customer services on capital projects at Jackson-Medgar Wiley Evers International Airport. The President, Vice President of Sales & Marketing, and team members provide excellent customer service and are a joy to work. I would recommend them to any future residential or commercial clients"./p>

“Absolute pleasure doing business with Joe, Cheronda & the ElectricWorks team ! They are very detailed and handle things with the utmost professionalism. I always know when dealing with them that everything will be organized and structured due to their experience and knowledge in construction & equipment!”/p> 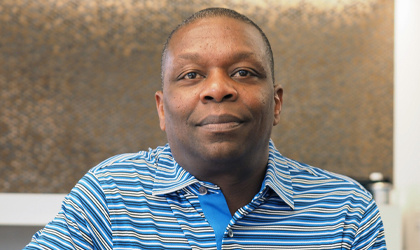 Joe Miller founder of Electric Works Inc., established in 2000, is a 1986 graduate of Murrah High school. (Jackson, MS.) While obtaining his high school diploma, Joe attended trade classes at the Career Development Center (Jackson, MS.) where he obtained a Certification in Industrial Electricity and ranked top in his graduating class of 1986. At the age of 16, he served as an apprentice to his Career Development instructor Mel Bryant in the afternoons and on weekends to sharpen his skills in the electrical trade. Upon completion of high school, Joe attended Hinds Community College (Raymond, MS.) where he earned a Certificate in Industrial Electrical after completion of the 2 year program. After graduating from Hinds Community College, Joe applied and was accepted into the International Brotherhood of Electrical Workers. Joe completed four years of apprenticeship with International Brotherhood of Electrical Workers before becoming a journeyman with Kringer Electric Corporation. Joe was employed with Kringer Electric Corporation for a total of 12 years, 8 of those years he worked as a journeyman electrician. While working with Kringer Electric Corporation Joe worked diligently and learned all entities of the electrical business in hopes to someday establish an electrical business of his own. In 2000 Joe established Electric Works, Inc. along with business partner Kenneth L. Simmons. The partnership was successful leading Joe to the majority owner with 51% ownership in 2007. With the growth and success of ElectricWorks, Inc., Joe acquired sole ownership in 2008. Joe’s successes with Electric Works, Inc., continues to open new doors, partnerships, and opportunities. Joe is married to Angela Snow-Miller, owner of Corevest Realty LLC (Jackson MS.) and Community Engagement Manager for Strategic Education Inc. He is a member of St. Matthew’s Methodist Church and serves on the Board for the Methodist Children’s Home of Mississippi. In his free time, Joe enjoys a good game of golf, cheering on his favorite football team, The New Orleans Saints and spending time with family and friends. Joe resides in Madison Mississippi with his wife and children.

Cheronda Minor is the VP of Operations and right hand to the President. In this position, Cheronda works closely with all departments, writing and preparing contracts and budget plans and assisting with construction and project management. Cheronda has been employed with ElectricWorks for 9 years. 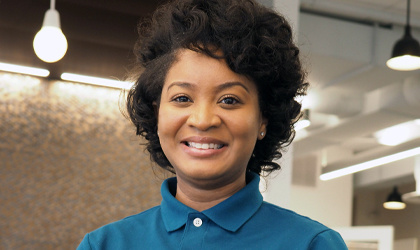 Joyce is the administrative assistant to the President and Vice President of Operations. In this position, Joyce serves as the primary contact for accounts payables and receivables. 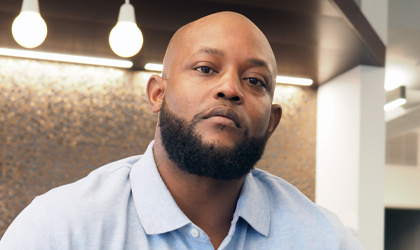 Hicks “Ricky” Reed is the Lead Foreman. In this position, Ricky works closely with project managers, supervises crew members and oversees the day-to-day onsite operations. Ricky has been employed with ElectricWorks for 7 years. 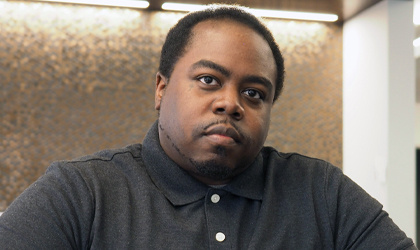 Michael "Mike" Thomas is the newest addition to our electrical team. Mike's primary duty is to support the Lead Foreman. Mike has been employed with ElectricWorks for two years.